An important castle known since the beginning of the 10th century. From the middle of the 16th century, it was the seat of the Hungarian monarch and the meeting place of the Hungarian Parliament. Later there was the General Seminar and finally the army. It burned down in 1811. It was reconstructed in 1956-68. 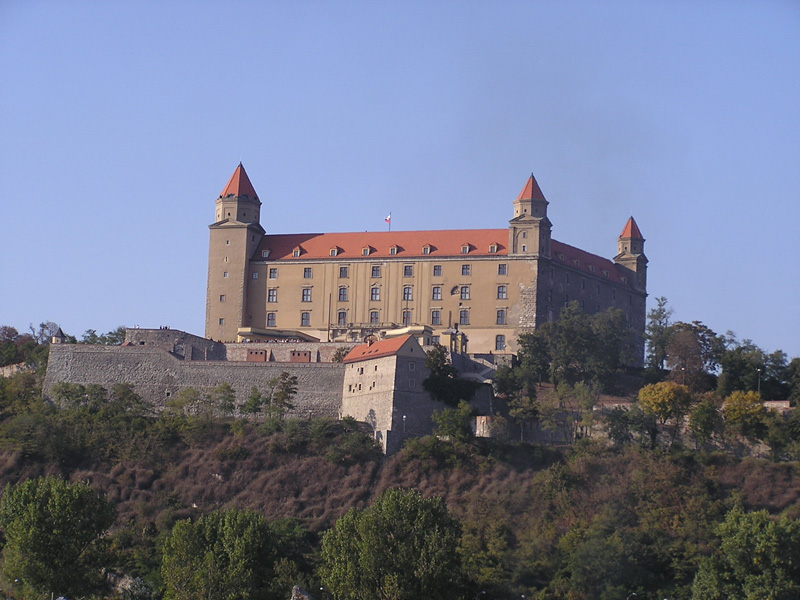 A Gothic castle which is known from the 10th century, but the castle hill was inhabited also in the Celtic and the Great Moravian era. In the middle of the 16th century, Bratislava became the official coronation town for Hungarian Kings and at the castle there was a residence of the king. Later, the castle was rebuild in a Renaissance style. The south-west tower - also known as the jewel's tower - housed the Hungarian coronation jewels for two centuries.The last large reconstruction in Baroque style took place under the reign of Maria Theresia (1740-1780). In 1811, the castle was burnt down and only ruins were left. It was reconstructed in 1956-68. Bratislava Castle is an important landmark and a National Cultural Monument.

In the centre of Bratislava, on the hill above the river Danube, elevation 150 meters.

From the bus station:
By bus No. 70 to the terminal Novy most. Then on foot to the castle.

From M. R. Stefanik airport:
By bus No. 61 to the stop Karpatska. The by trolleybus No. 203 to the stop Zamocka or Hrad.